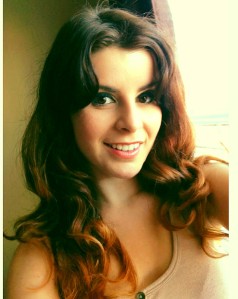 I had always grown up with one main goal in my life: I wanted to be happy! It was a great start for a goal but I was not there yet because it was vague. I went to university with the intention to become a doctor, because well, doctors make money and growing up poor my parents thought money is the ultimate dream. I found myself trapped in that reality, I hated going to classes and I was unhappy. The Kickaz smile that everyone talks about was non existent. One day before my last exam I realized I didn’t want that for myself anymore and I started pursuing other interests, that initially were thought to be a waste of time according to my parents.

Body painting was one of them. The second I did my first gig I knew, art was where I belonged. Despite barely getting by as a starving artist, the joy the work gave me made me feel like I was in the right track to accomplishing my life time goal. It wasn’t always easy when I would see 20 dollars in my bank account, when rent was due the next day. I did make it however and I got by alright. As time went by I made more and more money and I was finally able to pay my bills doing what I enjoyed.

One day out of boredom, I encountered a site called myfreecams.  I thought to myself, well, I could use this to procrastinate and just chat with people. I never in my life thought I would actually become a webcam model. So I gave it a try. My first day I just chatted for about an hour or two and made balloon animals. Everything seemed fine and the “crazy perverted people” of camsites turned out to be very nice and welcoming. Nothing sexual went on and I was able to make 4 dollars. I never thought a year later it would have been my main and only “job” because I didn’t think I was capable of making any money on the site. It wasn’t until I figured out that I could have used the site to share my true real passion with the world. So I did my first body paint show and it was a success. That was enough for me to give it a more serious thought and consider staying on the site.

I used to watch a lot of the top models, secretly admiring them and thinking of them as  the mini celebrities of the world wide web. I would see tips flowing in their room and watching their smile and joy was enough for me to close my eyes and think: “wow, wouldn’t it be amazing to be there one day!”

And funny enough the day came that my name appeared on that list. At times I would stare at the list for minutes wondering if I was still not woken up from the dream I had a year ago. But it was real, it was me, (dat bish Kickaz was there for real)

At that moment tears of joy came out, my heart started racing and I thought to myself… “I owe this to my loyal members and friends” I still don’t know how to thank you guys enough for everything you have done for me! By that, I don’t only mean monetary help, but the respect and appreciation you have shown by being there and making me laugh, liking me for who I am, comforting me when I have been stressed and upset and growing the Kickland community to the way it is today. I think for the first time in my life I found happiness in a camsite. If you had told me that a year or two ago I would have not believed it. I looked passed the stigma of it, not everyone on the site is a “creepy perverted loser” and not every model is forced into camming. I was able to get to know real, compassionate, intelligent and amazing people. They have been both models and members.

I hope one day camming will be seen into a more positive light, because the people that refuse to see it for what it is are truly missing out.