I know many cam models offer picture sets to their fans. I only started taking pictures for camming maybe a year into doing it. Before that I was terrified to hand someone my pictures because all the pictures shot of me before had been either fully clothed and not too sexy, despite me being a burlesque model on webcam, I just didn’t think I was confident enough to hand someone pictures I shot myself.

My confidence built up over the course of months spent on the site and I decided to give picture sets a shot. Before I started camming, photography had peaked my interest and I decided to save $600-$700 to buy a DSLR camera. I bought a Nikon D3100. It sells for much cheaper now which is awesome. I was under the impression that since I now have a professional camera I will start taking professional pictures right away. Yeah right haha!

I didn’t know how to focus properly so most of my pictures turned out blurry and well of course I never thought that I had to play with light to take good pictures. I was used to the point and shoot cameras, do you blame me!

I would like to share with fellow models or even fans if they have an interest in photography what I have learned in the last few years doing them. I am not officially trained in photography and maybe some of you that are professional photographers might disagree with me. 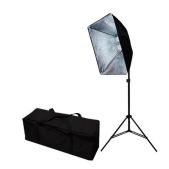 No matter your body type you will need to be able to play with the light so that it shines your best angles.I have a light that looks like the one in the picture(i don’t know the name but it’s a black square thing with 4 spiral bulbs. After moving the light around a couple of times and snapping picture each time you should have a better idea of what angles you should point the light. I find facing the light creates better pictures.

If you are not too experienced with light yet, try taking pictures during the day. Day light is so much easier to work with. 2. Camera

Camera is somewhat important but I have done picture sets with my iphone and they have turned out great too. Just make sure your hand isn’t shaky when you take them. The picture on the side was taken with my iphone5 and I am pretty happy with its clarity and quality.I personally don’t recommend using your web cam for them.I know some girls have taken good pictures with webcams but i find the resolution is not the same as a camera that is made for taking pictures.I don’t think you need to spend a fortune in a camera. I still use the same camera as I discussed above and it does everything I need it too, despite it not having as many features as a $5000 camera let’s say.

This has been a life saver for me. You don’t need anything fancy. I bought mine for 30 bucks and it’s one of the best investments I have ever made. Then you set the camera on a timer and you start shooting. This can however get time consuming and you will be running around back and fourth until you get a good picture.

4.  Body AnglesThis is probably different for everyone and I don’t think too much about it when I take my pictures but I have found that for my own style arched backs, sucking my tummy just a bit and relaxing my face has worked well. I would avoid shooting from lower angles especially if you are a full figured woman. Shooting from above however will make you look smaller and shorter so if you are tiny might be a bit tricky. I like shooting from the sides. Not quite a profile shot and not quite perpendicular to your face either. My hips are larger than my chest so I find this angle works well for my body shape. 5. Facial expressions 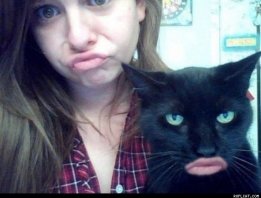 I think the best pictures have been the ones that I didn’t overdo a certain pose. Looking relaxed when you pose can create beautiful photos. You don’t want to look indifferent however. You still need to transmit emotion with your eyes and overall muscles of your face. Eyes however are one of the first things people look at, so work those eyes!I would avoid making duck faces or trying to create super sexy poses that you aren’t quite comfortable in them yet. No matter what look you are trying to recreate you have to be able to look confident.

I like doing simple editing to my pictures such as color filters but I don’t recommend overdoing them. Your fans don’t want to see a total different person in your picture sets or worse a non realistic person. I have seen photos where someone was got a bit too carried away with the airbrush tool, or maybe that tummy tuck made your furniture look like it was broken in half. Don’t do that! If you have found the right light and the right body angles those things aren’t even necessary.

These two pictures on the side are both shot with the same camera just one year apart.

Light: The second picture uses the light I discussed above (in front of my face) and some natural light to balance it out, so that my face doesn’t look too bright. The first picture was shot only using natural light.

You can see I am almost hesitating to show my body in the first picture. I think that had a lot to do with the confidence back then. I wasn’t quite as comfortable taking pictures and I didn’t know which angles flattered me.

In the second picture I am standing up straight although I have a relaxed look I still project confidence.

Eyes:First picture: I am looking god knows where… I don’t find this picture projects much connection with my audience.Second picture: I am making eye contact with my audience, transmitting emotions to them, The eyes are what makes them connect with the picture in my opinion. You don’t always have to look straight at the lenses when you take pictures but don’t let your eyes wonder like I did in the first picture.

Color Coordination with the set:

I think the pink and the red in the first picture don’t go as well together. In the second picture you notice reds in the bed covers, reds on my outfit, black in both my outfit and the furniture and the brown is a common color in the bed and the curtains. Just coordinate the colors so that you don’t look like someone cropped you and photo-shopped you in a strange room.