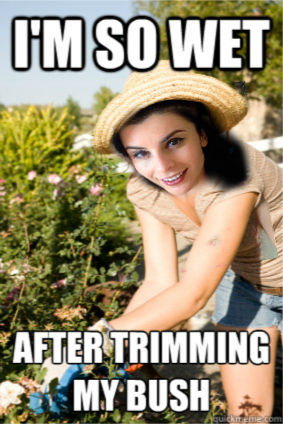 Lately I’ve had a weird fascination with gardening. I am not sure what really inspired that. Maybe the fact that I now live in a desert climate and the presence of greenery induces a positive feeling when I am around plants, not to mention that vegetation helps cool things off in this crazy hot summer.

I remember when I used to live in Canada in my apartment I had one plant in the corner and everyone would make fun of me because I never even bothered to get a plate for it to drain the water. What I did instead was put the small pot (without removing the plastic pot) where the plant was overgrowing into another bigger empty pot with soil from a plant that had already died (I think I may have done a blog post when I planted that). This made the plant look tilted (the sucker was tall) and would often fall on the floor making a mess with soil every time I moved anything around it. Sometimes it would be the evil fairies running around my apartment because I sure as hell wasn’t touching the plant when it would tilt, fall and leave dirt all over my floor. Those bitches never even bothered to help with the clean up or maybe send the Tooth Fairy; at least she leaves money under your pillow, but NO!

Bottom line is: I never really cared about plants… much, so this is new to me. However I never managed to kill the tilted plant and I ended up donating it to a friend when I left Canada.

Today I will be trimming bushes

I mean roses in my kitchen, because it’s too windy and dark to do that outside and after walking my dogs and not going on cam I have an uncontrollable need to do something with my time that probably will serve no purpose what’s so ever. The time happens to be exactly around midnight when most people are now tired and want to go to bed, but not me. I am sure this is not news to those that know me well. So I started doing an experiment…

And for the real nerds here: Propagation of roses put in potatoes will yield to better results than propagation without potatoes.

“Da fuck are you talking about propagation and potatoes” yeah I’m fucking weird I know. I don’t know why I want to try this experiment but seems interesting enough to me to give up some my sleep or my camming night to try it. So here we are:

-Dirt, lots of dirt! Dirt from Wal-Mart in my case, and no it was not dirt cheap :(.

-Empty pop (or soda like the weird people say it) bottles, water bottles. Anything that looks clear and can let light in.

– Pot(s): Not the one that gets you high. Just plastic containers to hold your dirt in.

– Some overpriced roses that you buy at Walmart that look like they may die in two days. Roses are red, violets are blue… I suck at poetry and so do you!

– Trays to hold your pot(s). Yeah we’re fancy here; pot is served on a tray.

-Water. This may not be related to this experiment but studies show that 100% of people who drink water will die.

-Spit (Wtf this is getting even weirder now!) 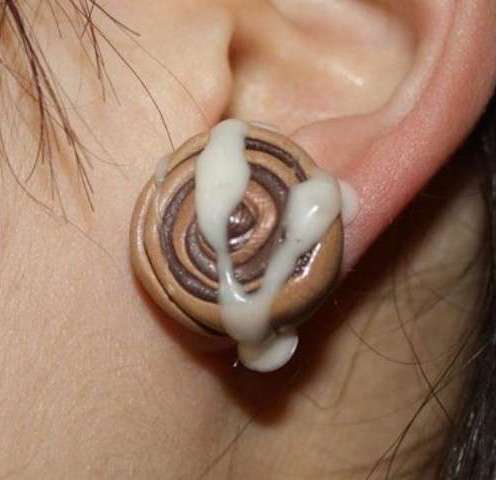 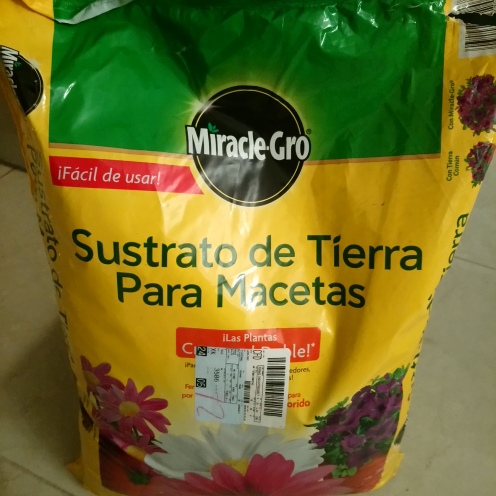 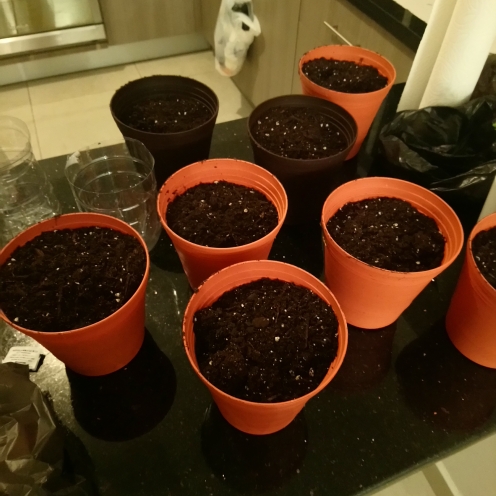 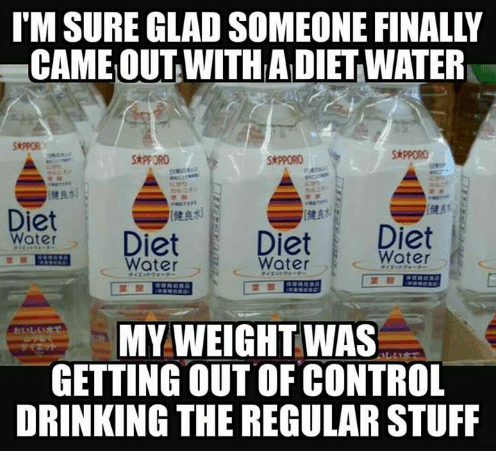 (You are using such big words now… Procedure… who the heck calls something about potatoes and roses a procedure… what is this surgery?) Well kind of: We need a sharp knife to cut into living things like roses. According to the Diagnostic and Statistical Manual of Kickaz this experiment falls under plant surgery. Think of propagation as the C-section of plants but instead of producing a baby they produce a clone of themselves. Enough chit chat, let’s see where this is going now: 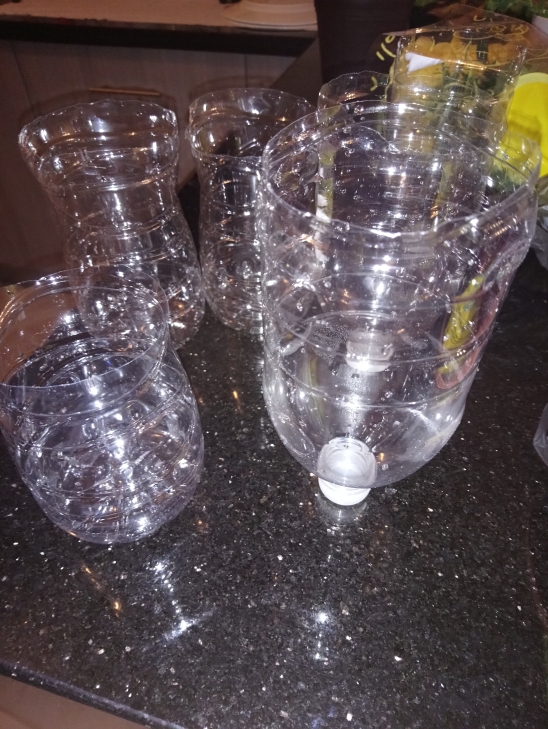 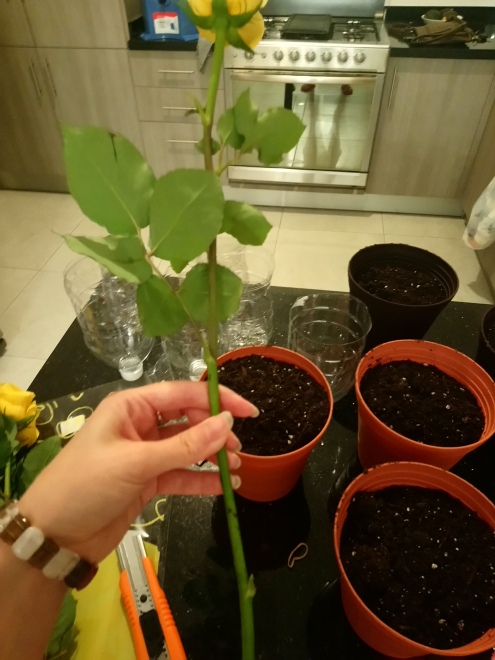 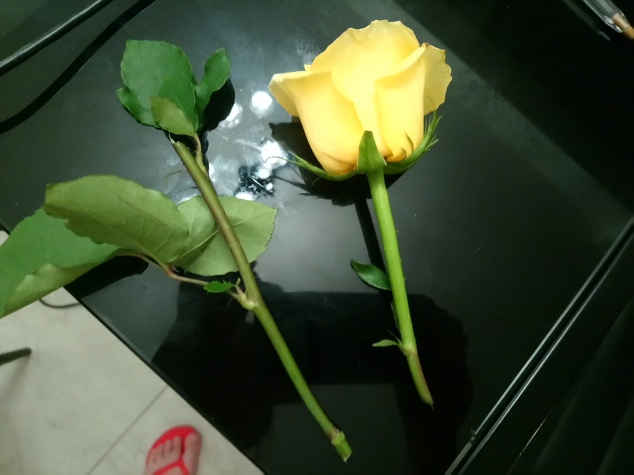 From my extensive procrastination I later found out that I was supposed to slice the part below the bud and use a sterilized knife. Ooops! Although on a second thought I don’t get why because you are going to dip that thing in dirt anyway.

(I tried to cite in APA format but it has been over a decade since I last wrote a scientific paper so fuck this. Also everyone loves stars so yeah  (stars***)

** Endless hours of procrastination on the internet say that saliva is a natural root grower. I am too lazy to give you sources.

*** I’m just fucking with you! According to science cinnamon is another natural root grower. Source: I’m too lazy to find it.